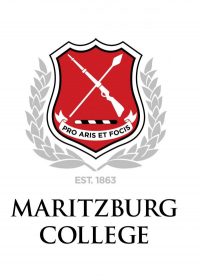 The 2021 season started in much the same way as 2020 ended with the global Covid-19 pandemic cloud hanging over our heads.  Limited school sport was allowed and made preparations for the possible 2021 season very challenging.

At the end of the 1st term permission was granted by the Department of Basic Education to return to contact sport and the rugby season started with all cylinders firing.

After the regular Saturday trials all age group A teams together with the 1st and 2nd teams visited Hoërskool Fichardtpark in Bloemfontein for an April holiday tour.

All teams played three games and returned home with some very good results under the short preparation circumstances.

The u16’s also bowed the knee to Grey College to return with two out of three games victorious.

In the u19 age group the 1st and 2nd teams retuned back home unbeaten with good victories over Diamandveld and Duineveld for the 1st team and awesome victories for the 2nd team over the 1st teams of Hoërskool Sentraal,  Hoërskool Fichardtpark and HTS Louis Botha.

Back home the rest of College was gearing up for the first local fixture of the season versus Durban High School.  Once again, with College fielding 30 rugby teams on any given day, finding fixtures for every team on a weekend is a massive challenge in itself.

With most of the teams getting a run versus Durban High School, filler fixtures was arranged with Linpark High School and Felixton College for those that could not be accommodated.  As always the College boys excelled and did well on the day.  Especially in the lower teams College was way to strong for the opposition.

2021 was shaping up to be a cracker of a season with the second fixture versus a combined outfit of Clifton College and Hoërskool Sarel Cilliers.   Once again some filler fixtures was arranged and Glenwood High School, Hilton College and Greytown High School was lined up for some of the teams.

It was another great day at the office for College rugby with a special mention to the 2nd team who took down the 1st team of Clifton College.

The A teams proved too strong for a valiant Sarel Cillers in the end.

Next hurdle Northwood School…or so we thought.  19 May 2021 and Covid-19 returned to the picture with all contact sport suspended for the foreseeable future.

Whilst fixtures were on hold, coaches and boys did manage to keep going under modify training circumstances.  Motivation and moral, as could be expected, was at an all time low for both coaches and boys, with no light at the end of the tunnel.

The return of contact sport was only allowed in the middle of the 3rd term, with big decisions to be made.  Whilst most schools in KZN opted to not return to play, College jumped at the opportunity, although with only the senior squad (1st and 2nd) within a modified programme.

A fixture versus Hilton College and a double header versus Glenwood High School were on the cards.

The fixture versus Hilton College was played up at Hilton on what must be the coldest day in a long time in KZN.  With lighting and weather doing its best to not get any rugby in, the boys weathered the storm.  Whilst the 2nd team went down narrowly, the 1st team managed to beat a gritty Hilton College team.

The return fixture the next week at College saw the 2nd team fight back to revenge the loss the previous week.  In a tense game that went down to the wire the 1st team lost out to a last minute penalty from Glenwood.

During the 3rd term selected u16 and u18 boys also participated in Sharks High Performance trainings held at Maritzburg College and Johnsons Kings Park.  These sessions cumulated into Sharks trials that were help at Johnsons Kings Park for the respective age groups.

Congratulations to the following boys who were selected for the respective Sharks High School teams:

Congratulations also to Mr. Tim Orchard who was selected as Assistant coach/Manager for the u16 Grant Khomo team.

2021 was not the season we all hoped for after 2020, but it was better, with some rugby being played.  In total College managed to play 72 games across all age groups of which they won 53.  A special mention must go to the u14A, u16A and 1st team for what were good seasons under the circumstances.

Thank you to Mr. Ken Hackland, Dave Veitch and the grounds staff for having fields always ready in great condition.

Also thanks to Ms. Ailsa Greyling and the SAN staff under the guidance of Sister Kylie Townsend for the medical care you arrange for the boys.

To Ms. Heather Lawson and the team from Granny Macs a word of thanks for always providing us with meals and after match treats.

To Mr. Luman and Mr. Swart a big thanks for fighting to get some rugby in for the boys.  Also thank you to the sports office for your help during a disrupted season.

A special thank you to the MIC, Mr. Chringende, the HP Staff, the staff that coach the boys week in and week out and the support from the Old Boys.

Your hours of hard work behind the scenes do not go unnoticed.

Thank you to the MCOB and your continues and positive support over the last year.

Last but not least, to the rugby boys, thank you for playing the beautiful game we all love.  Even though 2021 came with massive disruptions and challenges, you stuck to your guns and showed what the College fighting spirit is all about.

May the 2022 season be one step better than 2021 with some sort of return to normality. 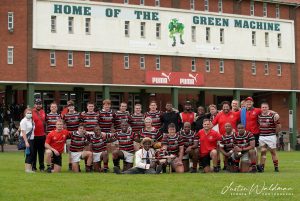