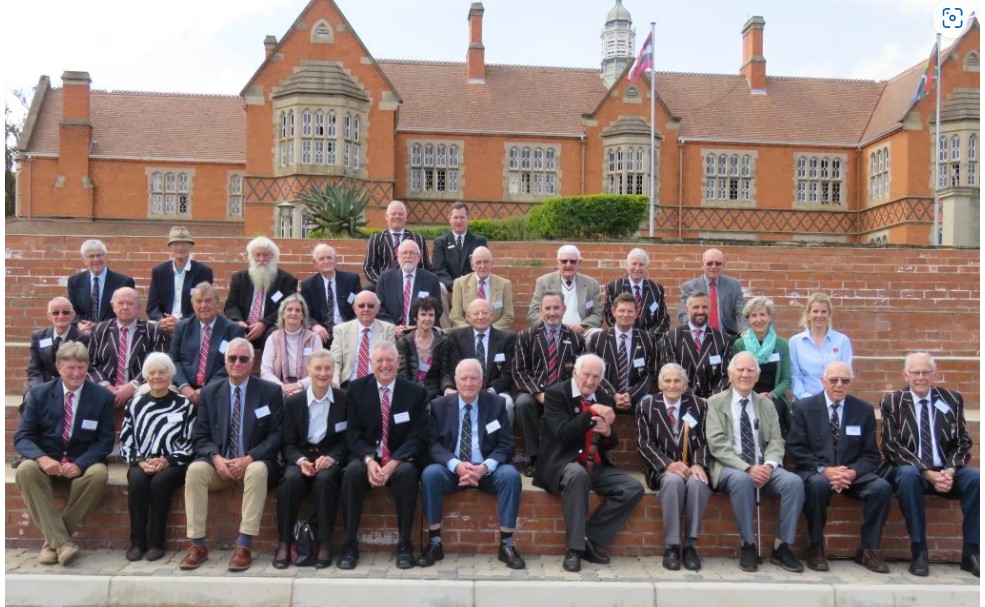 On Tuesday 13 September Maritzburg College and the MCOBA had the privilege of welcoming its Veteran OCs back to College.

On a sunny spring day, the programme began with tea on Forder Oval after which our willing Veterans and their better halves boarded the two school buses, driven by experienced tour leaders, Senior Deputy Headmaster Mr Matthew Marwick (OC 1988) and Deputy Headmaster (Co-Curricular) Mr Ryan Kyle (OC, 1999). The buses travelled the length and breadth of the school including visits to Goldstones, the new changerooms, the First Aid room, Boarding Houses, the Food Court, Alan Paton Hall, Terraces and the Pearson Music Centre, with an emphasis on showcasing the remarkable progress and developments on the campus. Guests also enjoyed visiting the Museum and the College Shoppe.

After the tours, it was time to gather in the Victoria Hall to enjoy lunch. Guests were welcomed by the Headmaster and Patron of the MCOBA, Mr Chris Luman. Special Guest, former headmaster and Honorary Life Member of the MCOBA, Mr Keith Olivier (OC, 1948) gave an address on the College Foundation and on the Olivier Bequest Appeal, an initiative formed by himself and Honorary Life Members Mr Oliver Hart (OC, 1954) and Mr Alan McEwen (OC, 1951) and Grace was said by the MCOBA host for this event, stalwart OC and member of the MCOBA Executive, Mr Peter Rodseth (OC, 1975).

The festivities also included birthday well wishes to Honorary Life Member, Mr Ted Reed (OC, 1959), who turned 81 years on 9 September, Mr Neville Bennewith (OC 1946) who celebrated his 94th birthday on 11 September, Mr Berti Hellberg (OC 1948) who is 90 years old on 15 September, and Mr Keith Olivier (OC, 1948), who turns 91 years old next week. Our oldest OC present included the sprightly Mr Des Galtry of the class of 1944 who turns 96 in April 2023. Although not present, special mention was made of Mr Pieter Swanepoel of the Class of 1939, who turns 100 in December and is our oldest Old Boy!

Maritzburg College and the MCOBA would like to thank all of those who attended this special event to honour our Veteran OCs!