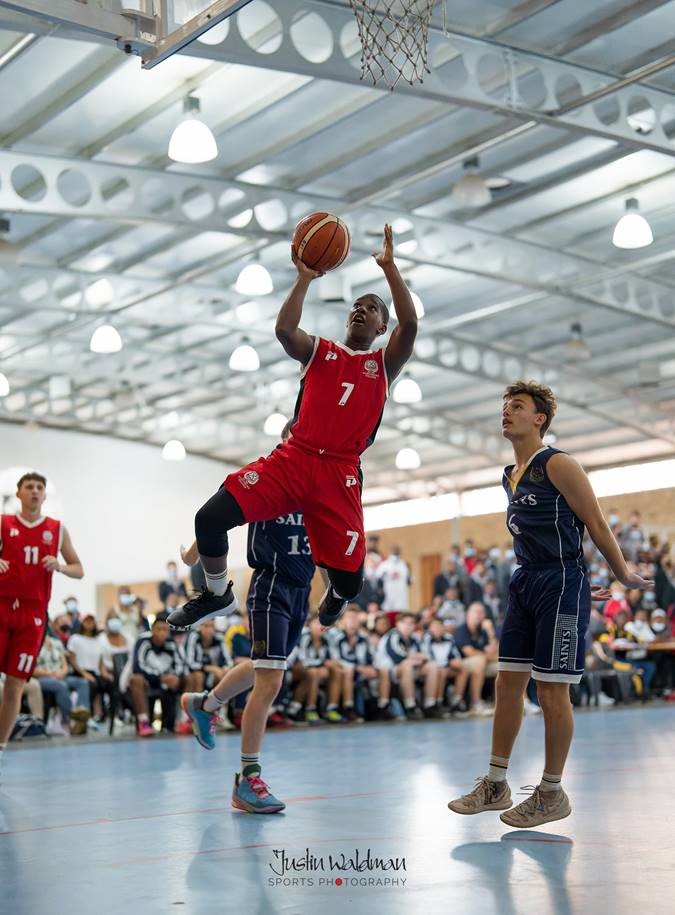 After what seemed like an eternity, Basketball at Maritzburg College was back in full force once again in term one. With the infamous sounds of the beating drums and packed APH echoing down the school corridors. A sense of familiarity which was hard to come by over the last two year was a much welcome sight to our boys, staff and coaches.

This past term saw the largest group of U14s to ever register for Basketball with teams going down to U14H. In total, basketball fielded a total of 23 teams- a first in our history. Totalling 350 boys, a testament to the growth of the sport but a nightmare with the limited number of courts we have.

On the court, our teams did extremely well winning an impressive 80% of our fixtures. Special mention must go to our U14 age group who had 5 unbeaten teams. Our first team also had an outstanding season, notching convincing wins against St Charles, DHS, Westville and Carter. The team narrowly lost against Northwood and Hilton College during the regular season.

Our U16 team took part in the annual MHS tournament and again proved to be a force to be reckoned with. Having breezed past the group stages, quarters and semis our team faced Kearsney College who we narrowly lost to in the final. The U16 age group can be proud of their achievements.

This year marked another milestone for Basketball at Maritzburg College. We hosted our first ever Basketball tournament for U19 and U14. A total of 16 KZN schools participated in the tournament which was played over the free weekend. It was an amazing spectacle with top quality basketball on display from all teams that entered. We were fortunate to have seven international officials grace our tournament and help elevate the standard of the tournament. With home court advantage both our U19 and U14 teams manage to get to the finals dispatching Kearsney, St Charles and Westville. Both our teams played Northwood in the final and in true College spirit managed to win both finals. Special mention must go to the OCs that contributed towards this tournament as well as the schools that took part. We are hoping to grow this tournament next year with the help of the College community.

Our efforts on the courts also resulted in a few of our boys being selected for Midlands and KZN teams. A total of three players were chosen to represent KZN, two Midlands representative and two KZN non-traveling reserves.