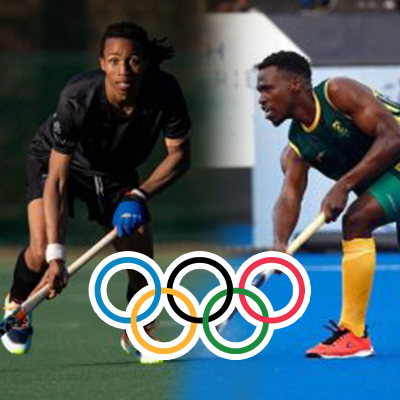 Onward to the Olympics!

With the 2020 Summer Olympics fast approaching, excitement is rising across the globe. South Africa has, over the decades, won a total of 86 medals at the Summer Olympics. Each country selects only the best athletes in each sport as representatives at the games. It is for that reason that Maritzburg College is thrilled not only to announce that 6 Old Boys have been selected for the squad but also that we will be chatting to each of them over the next few weeks. We will sit down with each of these elite athletes and find out a little bit more about them and their Maritzburg College journey.

Watch this space to see who will be representing not only your country but your alma mater in this year’s Summer Olympic Games. 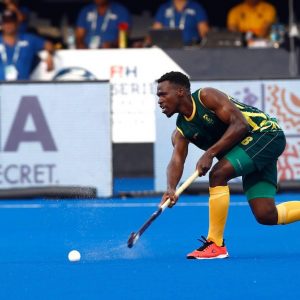 In which Olympic sport will you be competing?
Hockey.

What was your first experience of that sport which made you want to pursue it further?
How difficult the sport was made me want to keep playing and get better every time. I’ve always enjoyed a challenge and the discipline that comes with sticking to something even when it’s difficult. That mentality is really emphasised at College. If you want to see a never-say-die spirit, just look at a College boy. Hockey challenged me to learn new skills, reach new fitness levels and it’s constantly evolving so it never gets easy. Every competitor and every game is different so I constantly have to be at the top of my game.

What was your favourite sport at College?
Hockey, for the same reason that made me want to stick with it. Hockey challenged me to learn new skills, reach new fitness levels and it’s constantly evolving so it never gets easy. Every competitor and every game is different so I constantly have to be at the top of my game.

What role, if any, do you think College has played in your athletic success?
College has definitely played a massive role in how far I’ve gotten. Through College, I had access to the best coaches. Our coaches were always ready to go the extra mile and their love for the game was truly infectious. They also instilled a determination in us that just eliminated quitting as an option. The games where we had the worst results and those where we had the best results were played with the same level of heart, the same amount of effort and that’s not an easy thing to inspire a team to do, College coaches did that well.

What is your favourite memory of College?
Being called up to the 1st team when I thought I would be playing in the u16’s that year. Being a part of any first team at College is an enormous privilege but to be called up at u16 level made it all the more rewarding. It also meant I got used to being thrown in the deep end and competing with people who had been playing at that level longer than me.

Who amongst the people you met during your time at College had the biggest impact on you and how?
Guy Elliot. I was a striker and he made me play midfield and guided me into a midfield role that made me enjoy they sport even more. Being pushed outside of my comfort zone and having to learn the game from a whole new angle really made it more fun and doubled my understanding of hockey.

What advice would you give to a current College boy whose goal is to compete in the Olympics?
I’m a strong believer of what you put in is what you get out. So never stop working hard. That’s something that College boys are good at. You have to keep pushing and keep working, don’t give up when you fail and don’t relax when you succeed. Nothing can beat hard work. 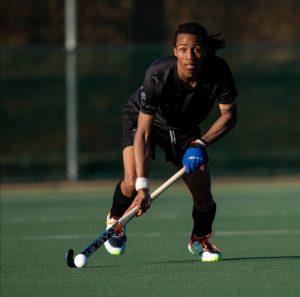 In which Olympic sport will you be competing?
Hockey.

What was your first experience of that sport which made you want to pursue it further?
Playing at Merchiston Prep. We were coached by Mr Brandon Swart, and to be exposed to his passion for hockey really elevated my love for the game. Mike Bechét played a huge role in getting me into College and playing hockey there. Looking back, that’s one of the best things that have happened to me. Maritzburg College hockey has an outstanding reputation and rightfully so. When I was in 5th form, the College 1st team hockey was practically unbeatable!

What was your favourite sport at College?
Hockey, Football and basketball. I’ve always been very athletic and I particularly enjoy team sports. Teamwork, brotherhood, these are huge themes at College and they’ve sort of become second nature.

What role, if any, do you think College has played in your athletic success?
College made me fall in love with the game, we were taught a winning culture. I can count with my 2 hands the games we lost in my career at College, it was always fun.

What is your favourite memory of College?
Friday night shouting on the quad before the Saturday fixtures. The energy was electric! All the guys getting together to get excited for a full day of sport. When you attend a College Saturday fixture, you will see the lowest team playing just as hard as the first team, you will see boys under the scalding Pietermaritzburg sun supporting teams instead of grabbing a cold drink in the shade. I think a lot of that kind of unity, the bond the boys share and their passion for this school can be seen clear as day during those Friday night shouting sessions. It’s one of the things I miss most about high school.

Who amongst the people you met during your time at College had the biggest impact on you and how?
Mike Bechét and Brandon Swart.
Mr Swart taught me how to stop and pass the hockey ball which is so important in the game of hockey. It’s easy to get swept up in some of the more complex skills and techniques and let the simple things slide. Mr Swart’s coaching was aimed at avoiding specifically that. No matter how great your skills are, if you cannot stop and pass the ball, you cannot play hockey. Mike Bechét taught me how to win, how to train and how to have a champion mindset. Through him I learned that winning is not just a thing that happens, it’s a way of thinking, you need to walk into every game already a winner.
I’m grateful for both of these men.

What advice would you give to a current College boy whose goal is to compete in the Olympics?
Listen to your coach, and take your basics seriously. When people are good at something they tend to think they know best but there’s always a reason that someone is the coach, they know what they’re doing, they know all the different types of players and how to bring the best out of each of them. You cannot benefit from that if you don’t follow their instructions and advice. And as I said early, basics, win games. If you focus on the basics from the start, you can only build upward, only improve from there.